Leicester City Vs Chelsea Matchday Preview will see both teams go up against each other as we give you a full rundown of what is expected to happen later today.

Both teams will be meeting for the first time this season as they will be looking to get a win in the encounter which is a tough one and another test for Thomas Tuchel in their chase for Premier League glory.

The last time Leicester City Vs Chelsea Matchday Preview happened, it ended with the Blues getting the better of the Foxes in a 2-1 result in the English Premier League encounter.

Both teams played against each other in the Emirates FA Cup final which saw the Foxes beating the Blues from a lone goal score by Yuri Tielemans on that game to give them the title. 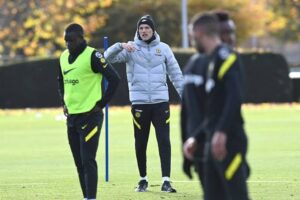 A tough encounter awaits both teams later today as they will be looking to make things happen after the International break which could be a good or bad thing awaiting for either side.

Chelsea’s last game in the English Premier League ended in a disappointing draw against Burnley which saw them unable to hold onto their lead that was cut back by their opponent who wasn’t the better side in that match.

Leicester City’s last encounter was against Leeds United who also held them to a 1-1 draw in a match which could have gone either way after 90 minutes of good football coming from both ends at Ellen Road.

The match between Leicester City Vs Chelsea Matchday Preview will be a key one that is expected to provide so much entertainment with their clash always known to provide goals and excitement all through with Brendan Rodgers and Thomas Tuchel.

Chelsea has a lot to deal with after the International break which they have some good and bad news concerning players’ injury and fitness ahead of the clash against Leicester City later today.

HERE IS WHAT TUCHEL SAID ABOUT PLAYERS OUT:

‘I can tell you Mateo and Romelu are out for the game in Leicester. Romelu is very close to team training, hopefully, he will join the squad on Sunday.

“Let’s see how this works out. He is pushing hard and trying to come back as soon as possible. We will try on Sunday.

‘Mateo will take more days until he is ready to join team training. He will miss some more matches.

‘Timo is in team training since yesterday,’ added the boss in better news. ‘Let’s see. We have another training.

“Then we will decide if it makes sense if he’s maybe in the squad or on the bench. We can only decide after his second training later.’

Thomas Tuchel also confirmed Christian Pulisic and Mason Mount are back fit and looking to start the game between Leicester City Vs Chelsea later today which is another boost for them going forward.

Thomas Tuchel is expected to go with the strongest of his players after the International break which might see some names dropped to the bench as they need time to recover from national duty.

These are how the team is expected to be the lineup in the match between Leicester City Vs Chelsea Matchday Preview, and changes might be done based on if things change with any players named ahead of the encounter.

The game between Leicester City Vs Chelsea Matchday Preview will be an early kickoff tomorrow at the King Power Stadium as they are expected to start by 13:30 UK and 1:30 PM Nigeria time. 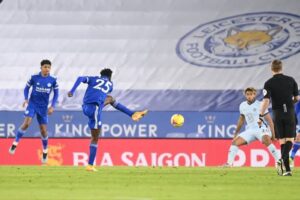 A tough call if we are being sincere as both teams stand an equal opportunity of getting all three points which will be the most important thing between Leicester City Vs Chelsea Matchday Preview.

Although it does not stop us from making you rich with our settings tips which seems to be working as we expect good news later today with us going for either side to win (12) and under 2.5 goals or x2 and GG.