England Vs Albania live streaming is set to go down as both teams will be playing against each other in the FIFA World Cup qualifiers match.

The game will be set for kickoff anytime soon as both countries will be looking to get all three points tonight which could boost their chances of qualifying for Qatar 2022 World Cup.

Last time England Vs Albania Live played against each other, it ended with the Three Lions getting all three points from a 2-0 win against the Albanians in the encounter which was good from both ends.

It has been a good run for both countries who are bidding to qualify for the next FIFA World Cup competition which will be taking place next year 2022 with the English standing a better chance of making it.

So much is expected to happen in this match which could be the next step for Gareth Southgate and his players who are set to take on this encounter like they have done with other games so far.

The Three Lions who recently finished second place losing to Italy in the 2020 European Championship will be hoping to put that aside and make it to the World Cup which they also stand a better chance of winning. 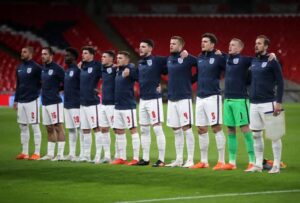 Starting lineup are out and it’s looking good for both teams who have their best legs fit and ready to go about in this encounter which is set for kickoff any minutes from now with things getting set.

So many talks on paper concerning what is expected to go down tonight between England Vs Albania Live which the odds favors the home side who have the quality and everything to grind a result tonight.

The visitors shouldn’t be underestimated too as they also have the players to make something happen despite everything against them in this encounter which is going to be a good on here at Wembley Stadium.

England last game against Hungary ended in a 1-1 draw which wasn’t seen coming despite Gareth Southgate’s side proving to be the better side on that encounter which ended up with them losing two points.

Albania last match was against Poland who managed to get a 1-0 win which was a hard fought game with both countries giving a good account of themselves in the match which was evenly balanced and matched throughout 90 minutes.

The Three Lions currently tops the group with 20 points from eight games played so far as Poland are second with 17, Albania closely followed with 15 as only two teams will be advancing into the next round.

So many talking points from this group as they have been some good performance from the top 3 Nations who have been good despite how the table looks for now with it likely to change after 90 minutes or remain the same. 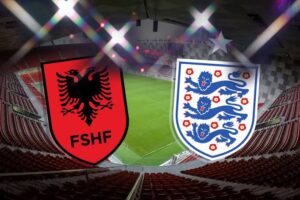 The game is about to start as we are also looking to hear from you via out comment section below as you can let us know what to expect and location from where you are watching from with the rest of the World.

To watch the match Live kindly locate the “STREAM HERE” Button which u can click to gain access directly to streaming which u won’t be needing to pay or register before getting the see how the game go.