Chelsea Vs Burnley matchday preview English Premier League rundown of what is expected to happen later today in the encounter going down at Stamford Bridge.

A good match which will be going down later today between both teams who are going into this one knowing all three points should be the target mostly for the home side who are currently leading at number one on the table.

The last time Chelsea Vs Burnley played against each other, it ended with the Blues making light work of their opponent with a 2-0 victory in January at Stamford Bridge for the 2020-21 season.

They go up against each other later today as Thomas Tuchel will be looking to maintain his side lead on top of the English Premier League table which they have occupied for more than two weeks. 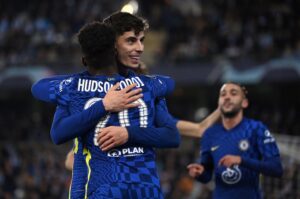 Chelsea is coming from their UEFA Champions League victory against Malmo which ended in a 1-0 result as they currently fighting to make sure their title defense remains intact from that win away from home.

Meanwhile, Burnley’s last game was in the English Premier League against newcomers Brentford which they won with ease by 3-1, in a game that saw them giving all their as the win was their first this season.

Chelsea Vs Burnley will be another encounter they will be looking forward to seeing what happens with the Londoner’s last Premier League game was against Newcastle United which they won 3-0 with a brace from Reece James.

Nothing changes in an update for Chelsea who is dealing with so much in terms of injured players who are ruled out of this encounter which will be another game without key names making the team. Chelsea Vs Burnley.

Marcos Alonso is the latest player to join the list of injured players which already have the likes of Mateo Kovacic, Romelu Lukaku, and Timo Werner who the manager confirmed are out of the game going down later today.

Thomas Tuchel also confirmed Mason Mount is back in the team but won’t be getting much game time as he still needs to recover from his illness, but Christian Pulisic could be starting the match after making his comeback from injury.

Both teams are expected to name a strong starting lineup which could see Thomas Tuchel making a couple of changes with Christian Pulisic back in the team which he made an appearance against Malmo.

These are the players expected to carry out the game as of now until any further changes could be done which the manager might decide to make a late switch due to fitness issues or tactical reasons.

The encounter could see the Premier League table leaders maintaining their position which they have kept for more than two weeks with their last win against Newcastle United pushing them three points clear from Liverpool. 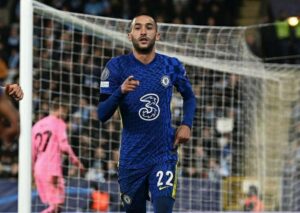 The match between Chelsea Vs Burnley could not be seen as a big game, but due to how football is, anything can happen when a side that has been on form play against a less impressive team who has nothing to lose.

Either way, you can give the home side Chelsea a direct win and over 2.5 goals to be scored as we expect more than one goal to come between both teams with Burnley defending this season has been very bad with them conceding a lot.

Or you can reduce the over 2.5 to 1.5 or better still make it under 2.5 as the away side could put up a fight by making sure they are hard to beat in the match later today which could see Thomas Tuchel’s side struggle as they did against Malmo.