Premier League weekend clash between Chelsea Vs Southampton matchday preview as we give you a rundown of how both teams will be playing.

Last season between Chelsea Vs Southampton in the English Premier League was an evenly balanced encounter both home and away which they both played out draw results.

The home side is coming off a defeat in the Uefa Champions League against Juventus who defeated them 1-0 at Allianz Stadium which saw Thomas Tuchel’s side fumbling again.

A defeat is not something Chelsea can afford after their last Premier League game against Manchester City ending with them losing by a narrow 1-0 result as they were unable to make anything happen. 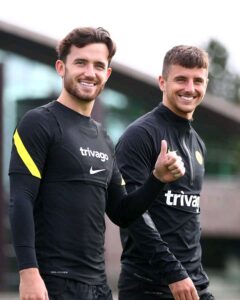 Another weekend of Premier League football will see the Blues resuming action at home against the Saint who has been not too bad this season despite losing key players who left them.

Chelsea Vs Southampton last season ended with a 1-1 and 3-3 final scoreline both home and away as they couldn’t beat each other which saw the Blues finishing among the top four behind Manchester United.

The last game for Southampton saw them losing against Wolverhampton Wonderers who claimed a 1-0 win, and the game before their loss was a goalless draw against Manchester City who was powerless in the match.

While Chelsea couldn’t get something at Stamford Bridge against Premier League Champions Manchester City beat them through a goal scored by Gabriel Jesus in the second half of the match.

Good news for Chelsea as Mason Mount is back with the team after a knock which kept him out of the Uefa Champions League clash against Juventus as Thomas Tuchel confirmed during his press conference.

The manager also talked about Reece James who he said is not yet ready to return for the team but he was named in England 23-man team ahead of their World Cup qualifications match this month.

Here Is What Thomas Tuchel Said;

‘When I saw it, I thought maybe Reece James was in the England water polo team!’ joked the boss.

‘Reece is training in the pool right now. I understood he was selected for the football team. This will not happen. My understanding is he will not go. It can only be a misunderstanding, nothing else.

‘Mason is in the squad, Mason is back. It was not a long injury, and we are happy he is back. It’s a given he is nominated in the England squad and he will give everything.’

Golo Kante is still not back after testing positive for coronavirus while Christian Pulisic is still out injured which he sustained during the last International break playing for the USA national team against Honduras.

CHELSEA VS SOUTHAMPTON LINEUP AND FORMATION (3-4-2-1)

Thomas Tuchel still has a full squad enough to give him a selection headache with him looking at his two goalkeeper options who are currently on top form this season just as the midfield section.

Expected starting lineup ahead of the encounter between Chelsea Vs Southampton which will be played later with the team looking to make a comeback after their two straight defeats against Manchester City and Juventus.

The Premier League encounter which is going down later today is scheduled to kick off by 15:00 UK and 3:00 PM Nigerian time, you can check for your own country or location time so you don’t miss the action which will be streamed live from us.

This match could not be easily predicted as Chelsea are not in good form as of now with them losing against Manchester City and Juventus, while Southampton has also been blowing hot and cold this season.

Thomas Tuchel knows what to do as he won’t be looking to make it another loss with him knowing the club doesn’t have patience with managers who are not producing the results that they need.

You can give Chelsea a direct win which is 1, or place it 1x and over 2.5 as the goals are expected to be up to three coming from both teams who are likely to score, but in case things don’t go well u can play it safe with a direct win. 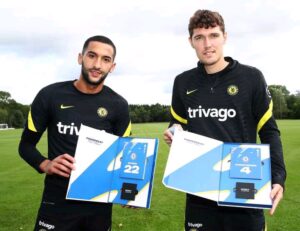 Please stake the amount u are okay to lose as to be safe and not regret losing big if the game fails to come through as so you won’t hold us responsible for any issues arising due to you playing with our tips.

Although we assure you some testimonies has been shared by people who follow our tips and smile to the bank as many people have won from our correct scoreline and also tips we give for people to follow.