Chelsea Vs Malmo Matchday Preview as both teams will be going up against each other later today in the UEFA Champions League group stages as we give you a rundown of what to expect.

Chelsea Vs Malmo are going into this one knowing they will be playing their third games both in the UEFA Champions League groups stages which have seen them play previous games already this season.

Malmo, on the other hand, lost to Zenit Saint Petersburg which made it their second loss in the group stages after being tossed aside by Juve who outclassed the Blues who they face later today for their 3rd game.

Both teams are coming fresh off their domestic Leagues win as Chelsea narrowly escaped with a 1-0 victory against Brentford while Malmo thrashed Oestersunds 3-0 which was an easy victory. 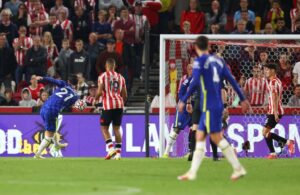 Both teams have met each other in European competition which has seen Chelsea getting the upper hand in each encounter as it ended with a win for the English Premier League side who remained unbeaten against them.

2019 was the last meeting between Chelsea Vs Malmo which was in the Europa League as the Blues claimed a 2-1 win in the first leg before going on to win the second by 3-0 to finish 5-1 on aggregate.

This encounter could be a different game entirely as they will be looking to make the Champions of Europe pay after losing woefully to Juventus and Zenit Saint Petersburg with them conceding seven goals in the process.

While Chelsea won’t be taking the game likely as they need to grab all three points at Stamford Bridge to make sure they secure their hopes of making it into the next round of the competition they won last season.

As Chelsea Vs Malmo is set to go down tonight, Thomas Tuchel is currently happy to have his full team back as the only worries for now is Christian Pulisic who still needs more time to fully recover from his ankle injury.

The United States Of America forward suffered an injury last month when playing against Honduras in the second half of the encounter which they ended up winning to boost their chances of making next year FIFA World Cup.

Other players are fully fit and ready to go up against Malmo who will be counting on luck to escape Chelsea as they won’t be taking it easy after coming from a defeat against Juventus and with them also playing at home counts.

Everybody back on full fitness except Christian Pulisic, but it won’t cause any damage as Thomas Tuchel will be naming a very strong squad to carry out the game which they are expected to win.

This is are the expected players to start the game later today as they will be looking to get all three points knowing well that they currently sit 2nd with three points tied with Zenit Saint Petersburg who have one victory too.

The encounter between Chelsea Vs Malmo will be going down live at Stamford Bridge at exactly 20:00 UK and 8:00 PM Nigerian time as you can also check for your local time from any location you will be watching from today.

So much is expected to go down also in the second game involving Juventus and Zenit Saint Petersburg which will have an effect on how the table standing will look like after the end of 90 minutes in both games played at same time. 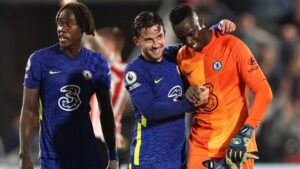 Chelsea Vs Malmo should be an easy call for a straight win heading to the Blues, but there are many ways you can book to increase the odds for this encounter which we expect the goals to be much between them.

Malmo are current down with minus seven goals from two games played which you can place this one 1 and over 3.5 for Chelsea if you are confidence of it happening or rather make it over 2.5 which means the home side win and score 3 goals.

There are many full time result which are expected to happen as one thing they all have in common is multiple goals which there is not certainty that the visitors will get any goal due to how they played their last two games.

We expect one of these scoreline to play out, but make sure you stake responsibly as we won’t be liable for any complains resulting to you losing big by making the wrong decision while picking any of our games to play.