Chelsea vs Zenit St Petersburg kick off their Champions League campaign which will be seeing the Chels defend their title won last season beat Manchester City.

Thomas Tuchel’s side will be going up against the Russian giant as the 2021-22 Uefa Champions League season kicks off in grand style which we will witness the winners playing their first game at home.

Chelsea who is coming off another victory in the English Premier League which saw them beating Aston Villa 3-0 will be hoping they can carry on with their impressive form which has seen Romelu Lukaku scored three goals in 3 games played. 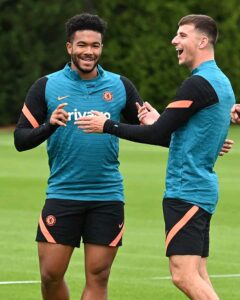 A clash of Champions and giant who will be looking to get the better of each other later on today after successfully making it to the group stages from a fantastic last season which saw them both doing well.

Chelsea vs Zenit St Petersburg both has had unbeaten runs since the beginning of this season in their respective Leagues which sees the Russian side coming off a 3-1 win against FK Akhmat during the weekend.

With the quality of players possessed by the two teams, it is clear that the encounter favors the home side more than it does to the away team who has less but they could also be a dark horse who might stun the holders of the trophy.

It is still the same news as from the weekend before Chelsea played against Aston Villa as NGolo Kante was ruled out of the match as he is still yet to fully recover from his injury which he sustained against Liverpool during the 1-1 draw.

While Christian Pulisic is also confirmed to be out of the game as he is still on crutches after sustaining an ankle injury during the International break in a game between the USA vs Honduras which he was forced out in the second half.

Hopefully, NGolo Kante should be back against Tottenham in the next game as Pulisic will be seating out for a short period as his injury might take up to 10 days to recover and join the rest of the team in training.

Thomas Tuchel is happy to see how the team has been performing so far this season as they already won one trophy which saw them beat Villarreal to claim it and their Premier League has been good with four games unbeaten.

A very solid squad will be named ahead of the match which could see Kepa Arrizabalaga making his way back into the goal, but we can’t confirm that for now as the option is still open with the Tottenham game also coming up.

These are the expected players to start the game Chelsea vs Zenit St Petersburg as confirmed unless there are some last minutes changes from the manager who might decide to go another direction with his mind also on Tottenham game.

The game between Chelsea Vs Zenit St Petersburg will be played at Stamford Bridge which the kickoff time is 20:00 UK and 8:00 PM Nigerian time as you can also check for your own country to confirm when it will be going down live. 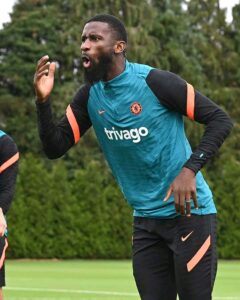 For many fans looking to stake on the match here is some advice for you which can help you win big as this game is likely to go the way of Chelsea who is favorite, but in case of anything, we can only see it ending in a draw. – Chelsea Vs Zenit.

You can bet Chelsea straight win and over 2.5 which means they will win and score more than two goals which are very possible after their 3-0 win against Aston Villa or u can either place it a win for the Blues first and second half.

You can go either go with any of the suggested tips presented by us and hopefully you smile to the bank for cash out as we are hoping to have a wonderful game later tonight at Stamford Bridge with live coverage coming from us.