Chelsea are weighing their options which could see them bring back Eden Hazard to the club after he left for Real Madrid for a record breaking fee.

The Belgian International has endured a difficult spell at Spain since he joined Real Madrid in an initial £88m deal which have seen him come off and on the pitch. 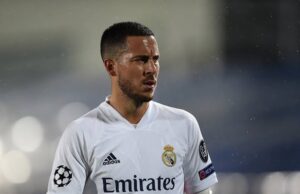 Eden Hazard could be on his way back to Chelsea if all conditions are being met for the 30-year-old who only played only 21 matches for Real Madrid last season due to injuries.

Since 2019, the forward have managed to score only five goals for Los Blancos during the two seasons in Spain while, he scored with double digits in six of the seven seasons at Stamford Bridge.

According to Spanish Newspaper AS, Chelsea are looking at the idea of Hazard returning for £51m from Real Madrid this summer but it will be a hard decision with the Blues already have enough players.

However, the Belgian has been through a lot with the Club which also saw him getting in serious trouble after their Champions League semi final clash which saw Los Blancos lost.

Eden Hazard was seen after the game celebrating with Chelsea players as he was all laughing and happy while the rest of his teammates weren’t in same mood as he was. 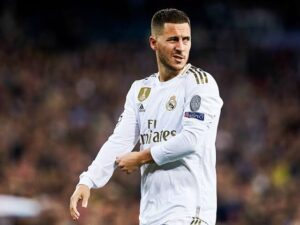 ‘It was always my dream to play for Real Madrid and win.’

Chelsea In Talks With Clubs For Timo Werner Sale (DETAILS)