Chelsea are currently in talks with top clubs in Europe as they look to offload Timo Werner so they can sign Erling Haaland this summer window.

The German International could be on his way out after joining the Blues just one season ago from RB Leipzig for €50 million plus during Frank Lampard era. 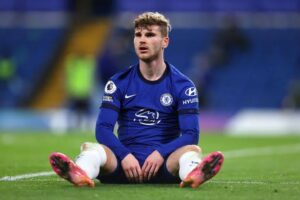 Timo Werner could be on his way out as Chelsea are currently holding talks with clubs across Europe as they are looking for potential buyers who will be willing to sign the German at a good price.

Thomas Tuchel and Chelsea are looking at making a move for Borussia Dortmund striker who is available for €150 million according to his club who are also said to not be interested in selling.

German striker could be sold to fund Erling Haaland bid that is proving to be difficult as Borussia Dortmund is holding out for a ridiculous fee which looks impossible to happen.

Chelsea are ready to offload Timo Werner in the summer transfer window as they are looking to raise more funds, according to reports coming from Sky Germany.

The Blues have been asking around a number of top European clubs to find a potential suitor for the 25-year-old, who struggled in his first season at Stamford Bridge but managed to put out some impressive stats. 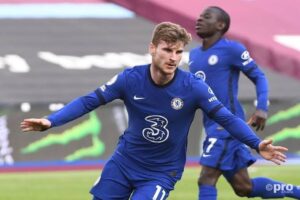 Should Timo Werner be sold, Chelsea are planning to use the money to fund their pursuit of Borussia Dortmund frontman Erling Haaland who is available for about €50 million or more.

The Blues have seen their previous bids rejected and now they have to make a crazy bid for them to stand a chance of signing the striker, it will also force BVB to go into the market for a new striker.