Chelsea are looking desperate and they are willing to take any step in making sure they land a move for Erling Haaland this summer transfer window.

The Blues will use everything possible as they won’t be waiting until next summer to land a move for the Norwegian who is highly in demand by many clubs in European football. 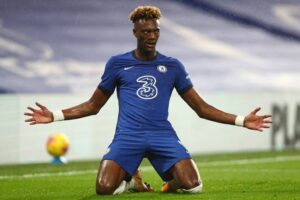 Tammy Abraham is now being pushed into the deal as Chelsea currently value him for €50 million and he is now added to the deal for Erling Haaland with Borussia Dortmund still not willing to sell.

Thomas Tuchel is strongly interested and Roman Abramovich have given the greenlight for the move to be made at whatever cost which could see them even dish out up to €160 million to complete a move.

The Blues are looking to get creative in their negotiations for the Borussia Dortmund forward who has been the most difficult transfer deal Marina have had to deal with over the years with the club.

Chelsea have offered out-of-favour forward Tammy Abraham as a sweetener in a possible deal for Borussia Dortmund star Erling Haaland as they are eager to make a deal now with preseason already kicked off.

The German club have little interest in the deal despite the addition as time is running out for the Champions League winners to get a striker this summer window, according to claims from the Mirror.

Abraham, 23, barely featured under Thomas Tuchel last season. However, the Blues still value him at £50 million ($69m/€58m) and think he should be viewed as a serious asset by other clubs. 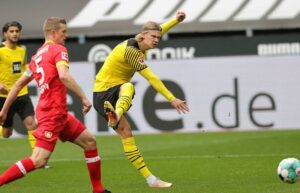 West Ham United and Aston Villa are currently looking into making a move for the Nigerian/England who is likely to leave the club pending a new striker comes in as Olivier Giroud is set to leave.

Timo Werner who was brought in to score the goals couldn’t make things happen and now they are in a position of spending big for another player to come in ahead of the new season.

Chelsea In Talks With Clubs For Timo Werner Sale (DETAILS)