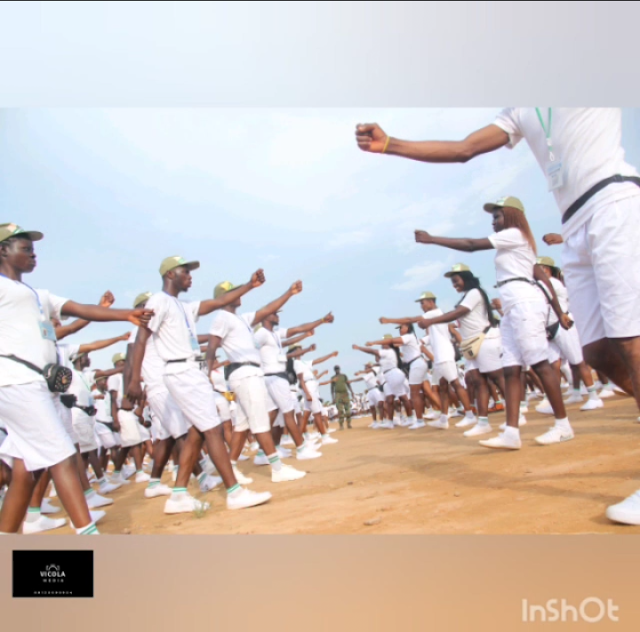 Nysc is a planet on it own , we follow rules,  the soldiers own our lives for the whole of 21days,  i mean who dares turn down a soldier’s orders??

On the night of our swearing in, A welcome party was organized by the NYSC officials on camp to welcome all corp members.

We all grooved and had our little fun that night and we forgot all the stress we passed through at the early hour of the day.

After that day till our camping was over,  there were lots of Social activities we all engaged ourselves in…  such as Miss NYSC,  Adam and eve,  Hottest legs,  Mr Macho,  Dance and Drama,  Gele tying,  Fastest dresser,  Most handsome…to mention but few.

These competition is usually inter-platoon, so all platoons tried their best to be the best. Each platoon has a representative that was sent on stage and we have platoons 1 to 10.

After all the social activities, the winner would be made known to us,onlookers.

4:00am  the sound of biggle woke us all up,as usual, and we started getting ready for the usual daily activities,  by 5:00am we must all be on the parade ground for morning meditation and lectures.

Topics was given to each platoon, represented by two members who would be out to talk about the particular  topic that was given to them. 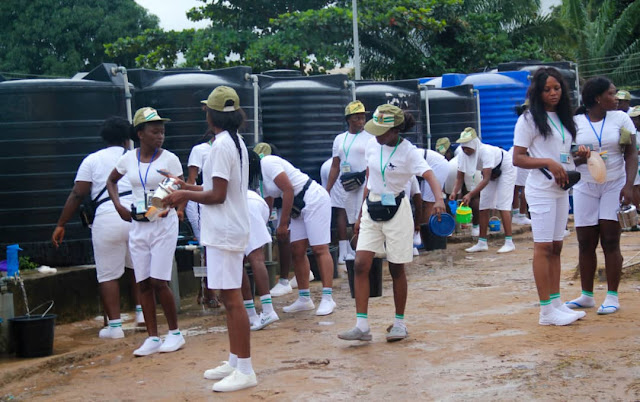 After meditation,  next was Man O’ war activities, this served as our morning excersise,  the only exercise which i participated in, we sang different kinds of melodious songs,  and we played some games too, Whenever the Man O’ war commandant shouts “morale!” There was a regular and common response ”high”, Lazy girl like me that is the only activity that truly gets my morale high, Others my morale always drops to 0.0% .

After the Man O’ war excersises,Corp members participating in Match past takes over, but we the ”sitting committee” the ”regular bench warmers” resumes our sitting position and continues our gist. Eventually, the soldiers tagged us as Platoon 11 Corp members😂😂😂 Without platoon 11 the parade will be boring so we also deserve some accolades .

The parade stops by 7:30am, by then breakfast would be ready in the kitchen.  Interested corp members would go to the kitchen with their meal tickets, their tickets would be signed by an official or a corp member assisting them and they match from there to get their meal. 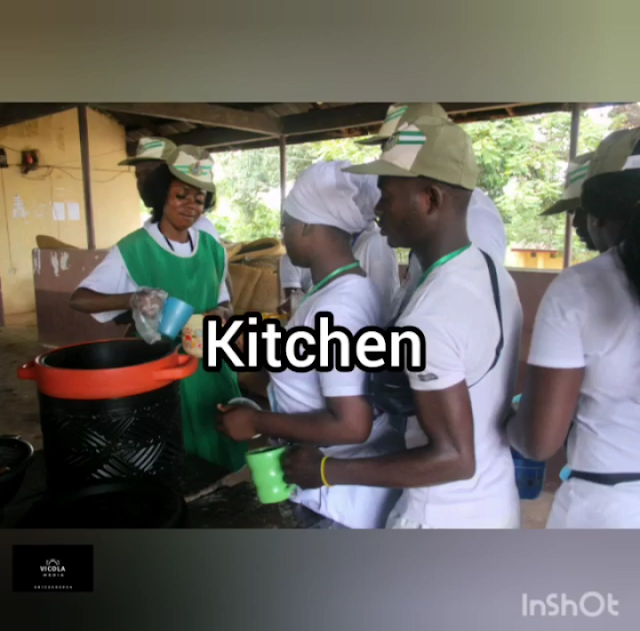 We have till 9:am to rest or do whatever we have to do,  after that we resume at the hall for lectures,  the lectures lasts for 5 hours. After the lectures, next was Lunch,  by 3:30pm the biggle would sound again, This would be a sign that all Corp members must be on the parade ground either you are amongst the Parade group or not.

As a member of the clapping committee, i resume to my sitting position once i get to the parade ground.

Few days after we got to camp,  Duties were assigned to each platoon such as kitchen Duty,  Sanitation Duty…etc

Each platoon will send 15 people to the kitchen to assist the caterers preparing the meal, the duty lasts for 24hours before another platoon takes over and it continues like that till the camp was over
The same routine was followed from monday till saturday,  on sunday we get to rest till 4:pm, no one appreciates sundays as much as a corp member in nysc camp,  when i say Sunday is special i mean it, it is only on Sundays we get to eat a well prepared and garnished Jollof Rice with chicken. 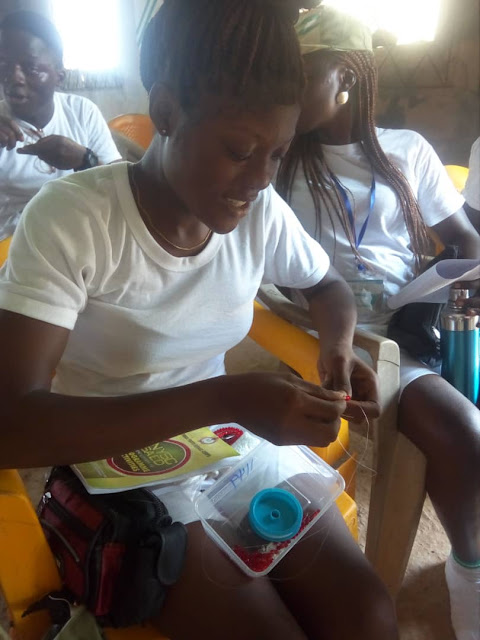 After a week of long hours lecture. A program was introduced called SAED, an acronym for Skill Acquisition and Entrepreneur Development,  Corp members get to choose from a number of numerous vocations available, Such as Photography,  Cosmetology,  Makeup, Shoes and bag making,  Food processing,  ICT, Tailoring, Agro Allied, to mention but few.

Incase you are thinking if i was a clapping committee during SAED program? No i was an active member in my SAED group.

The program lasted for a week, after the program there was an exhibition where each vocation has the opportunity to showcase whatever they must have learnt in the course of the one week training.

Also, towards the end of camp, there was Inter-Platoon Football, Volley ball and Parade competition. 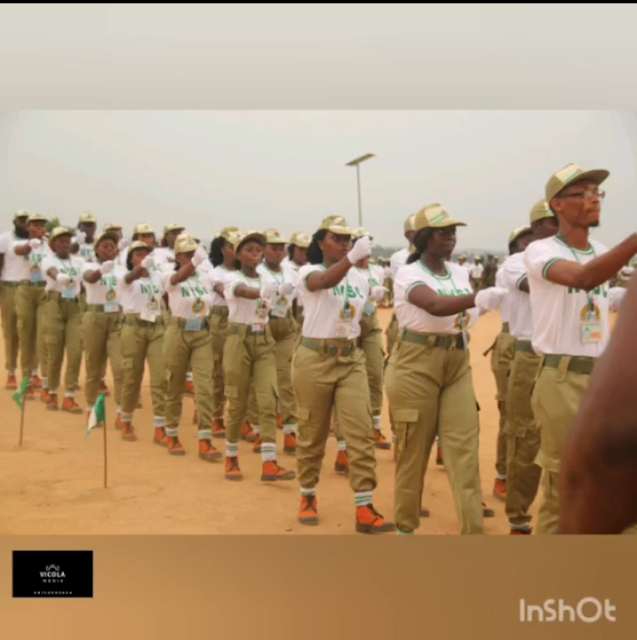 There was traditional dance performed by each platoon from all ethnic groups in the country, amongst which are, 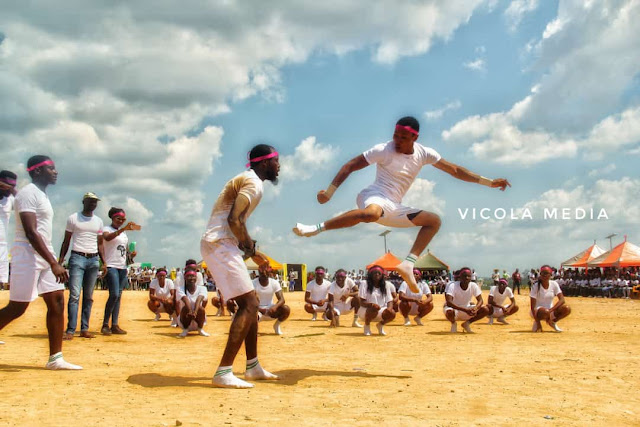 After the cultural dance. A kunfu fight was displayed by members of the Martial arts as well.
Winners from the competitions were called out and awarded their prices,  we recited the nysc anthem as usual and the program was over.  The much anticipated carnival was finally over and all our ”Pepper Them” something has to be changed to our usual white on white . The hot gist after the carnival is the Passing Out Parade (POP)

The ceremony started by 10:am. As usual it was graced by the NYSC State Cordinator  and our Camp Commandant . The match past troupe and the Band group performed and after few hours the ceremony was over. I wasn’t paying attention to any of those activities on the field, I was busy creating memories with my friends, they have been my ”go to” all through my stay in camp and i miss them all. 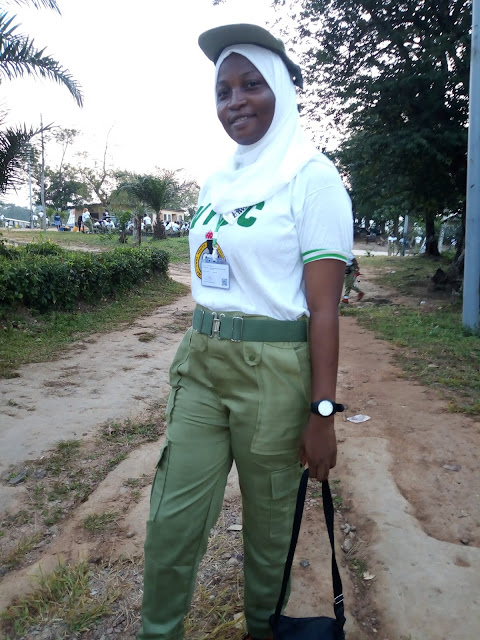 This is the final series of my NYSC camp diary.
“EB/19C/1platoon” I have obeyed the clarion call.
Nigeria is ours, Nigeria we serve 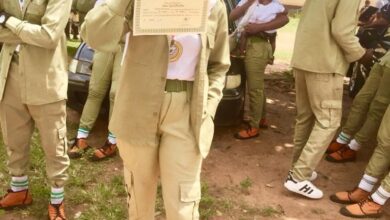 The Onifaari Series 27: NYSC, A journey of Self Growth 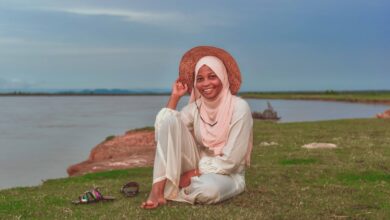 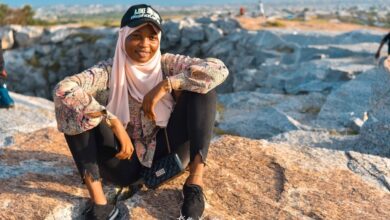 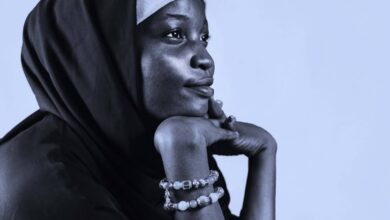